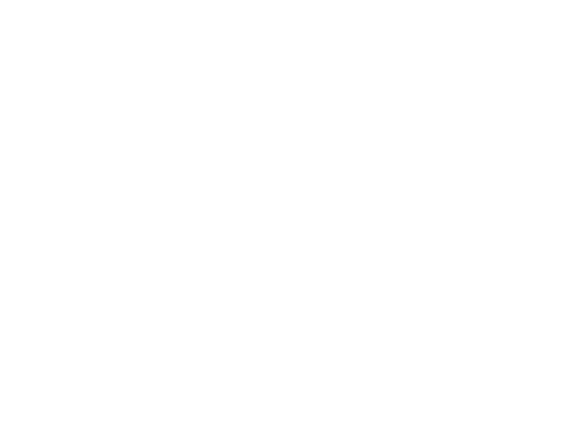 Laminitis is quite unlike any other equine disease!
READ MORE
Laminitis is quite unlike any other equine disease. Laminitis is a complex cascade of events that causes the soft tissues (laminae) within the hoof to swell, weaken and die. This can all occur before any symptoms are apparent and once the process has started it is extremely difficult to stop. In severe cases it is likely to leave behind a permanent reminder: founder, which is an internal deformity of the hoof occurring when the supporting laminae loosens it grip and allows the coffin bone to rotate downwards.

What actually is laminitis?

Let's start with the term laminitis – it literally means an inflammation of the laminae of the horse's foot. Laminae refer to the insensitive and sensitive tissue that is located between your horse's hoof wall and coffin bone. The laminae are tiny finger like structures that interlock and secure the coffin bone to the hoof wall and keep the bone in place. If your horse's blood flow to these laminae is disrupted, inflammation occurs that weakens the laminae structures and interferes with the hoof wall to bone bond making the laminae unable to hold the coffin bone in place. That is exactly what laminitis is – an inflammation of the laminae. Laminitis can affect one or all feet, but it is most often seen in the front feet simultaneously.

If the weight of the horse overcomes the cohesion between the two sets of interdigitating laminae in the front (dorsal) part of the hoof, the case turns from laminitis to acute founder. The weight of the horse pushes the coffin bone towards the ground and the pull of the deep digital flexor tendon rotates the coffin bone. This process is extremely painful to the horse and can be easily diagnosed by feeling a supra-coronary depression above the dorsal coronary band. In some case the coffin bone will protrude through the sole of the hoof, which is called solar prolapse.


Now that we have a better understanding what laminitis and acute founder is we need to investigate what triggers this horrible disease? While the exact mechanisms by which the hooves are damaged remains uncertain there are several situations that are known to result in the onset of laminitis including nutritional, hormonal and mechanical factors.

Obesity Dependant Laminitis: The main cause of laminitis in horses in Australia and in most parts of the developed world is Obesity Dependent Laminitis (ODL). The media has made a significant push on the unfortunately high rate of human obesity but companion animals such as horses, dogs and cats are also suffering from alarming rates of obesity. In fact we are often, loving our four legged friends to death. Obese or overweight animals are putting unnecessary strain on their heart, lung and joints. Incidences of ODL and insulin resistance are greatly increased when animals are chronically overweight.

Nutrition Induced Laminitis: Another common cause is nutritionally induced laminitis through carbohydrate overload. The horse is designed to digest carbohydrates, starches and sugars in the small intestine and fibre in the hindgut. However, if the capacity in the small intestine is exceeded, the digestion of these sugars and starches overflow into the hindgut where they upset the microflora which in turn increases the acidity of the hindgut. The bacteria designed to utilize lactic acid cannot keep up with those producing it, they die, create a toxic environment and are released into the blood stream via an apparently leaky hind gut epithelium. Certain types of horses are prone to laminitis such as easy keepers, horses with crest necks, obese or insulin resistance horses.

Feeds rich in carbohydrate are quite energy dense that means a horse can easily consume more carbohydrates than its body can handle. Carbohydrates found in equine diets can be divided into two types: Structural and Non-structural. Structural carbohydrates are often referred to as fibre and are critical in the equine diet. Non-structural carbohydrates (NSC) are sugars and starches that are broken down by enzymes in the horse's small intestine into glucose. Common examples of non-structural carbohydrates in horse diets include cereal grains (oats, corn, barley, etc), molasses and short 'lush' pasture. Research has shown that metabolic disorders such as Obesity, Insulin Resistance, Laminitis, Cushing's Disease, Tying-Up as well as behavioural excitability are associated with excess NSC (sugar and starch) in the diet. Expert nutritionists and veterinarians researching in this field have determined "low carb" to be less than 10% NSC of the horse's overall diet.

The other type of carbohydrate that has received a lot of attention lately is fructan. Fructans are fructose and glucose joined together into various lengths and configurations. Fructans of short length are called oligosaccharides. Horses do not have the enzymes to break fructans down so they need their hindgut bacteria population to do it. Fructans are extremely fermentable and if large meals of fructans are consumed it could quickly cause gas colic, scouring and laminitis. Fructan levels in pasture grass can change throughout the day and are at their highest in the late afternoon especially in mild climates and also in mornings after a frost. As a result monitor conditions or reduce turnout time on pasture during spring, autumn and after frosty conditions as fructan levels can fluctuate dramatically.

Other factors: Laminitis can occur due to many reasons such as equine metabolic syndrome, Cushing's disease, excessive weight bearing, concussion, fillies and mares coming into season, cold weather, serious cases of colic, infections and toxaemia, retained placenta, and drug inducement. Laminitis can be a multifactorial problem that in some cases is very hard to predict.

Download your free fact Sheet on Laminitis in horses.

Signs of the early onset of laminitis include an increase in amplitude of the digital pulse along with an abnormal gait. To check your horse's digital pulse place two fingers in front of the sesamoid bones at the level of the fetlock and feel the pulse. A bounding digital pulse is a sign of inflammation. Make sure to feel and monitor the horse's supra-coronary contours above the dorsal coronary band for any depressions. Please understand it is not just one single sign that indicates laminitis, it is a range or combination of the above mentioned symptoms that indicate the presence of the disease.

An indicator for acute laminitis is the shifting of weight from left to right and signs of lameness when your horse is turned in small circles. You may not be able to see any signs when walking the horse on a straight line, but small turns put more pressure on the front feet enhancing the signs of possible lameness. Your horse is in severe pain when he is reluctant to move and looks like he is walking on eggshells. In cases where the front hooves are affected, horses generally try to lift pressure off their front toes by stretching their front legs to the front and position their hind feet under them to support the weight that their front feet cannot carry anymore.

We must carefully manage pasture turnout, roughage and grain intake in horses and ponies that are at risk of developing laminitis or are currently affected. Horses suffering from insulin resistance (IR) and/or Cushing's Disease as well as horses and ponies with the ''easy keeper'' phenotype are often overweight or obese. These horses may be persistently hyperinsulinemic and should also be managed carefully with regard to their carbohydrate intake.
The following points summarize current advice regarding strategies for avoiding high NSC intakes by horses and ponies at risk for pasture laminitis:

Many people simply put the horse on a "starvation ration" and severely limit the horses' diet of all nutrients. This is one of the worst things you could do as horses still require maintenance energy to function as well as essential amino acids, vitamins and minerals to assist in repairing damage caused by laminitis. At a bare minimum your horse requires approximately 1% of his own body weight as roughage. Ideal roughage sources include native warm season grasses such as Kangaroo or Mitchel grass, Lucerne hay, grass hay and alternative highly digestible fibre sources such as beet pulp (HYGAIN MICRBEET).

Now that we have established the base of the diet for a horse prone to laminitis or currently suffering from the disease we need to look closer at the nutrient profile in terms of the horse's vitamin and mineral requirements. Overall make sure you avoid high sugar and starch feeds such as any type of grains and spring pasture. As a general guideline look for balancer products such as HYGAIN BALANCED or HYGAIN SPORTHORSE or high fibre fortified pellets with a combined sugar and starch level of less than 10%. HYGAIN ZERO is a fantastic choice as it has a starch content of less than 1.5% and a sugar content of less than 4.5%, one of the lowest in the world.
Contact us:
+61 3 5943 2255
[email protected]
© 2020 Nutrikey
© 2020 Nutrikey
Back to top
Made on